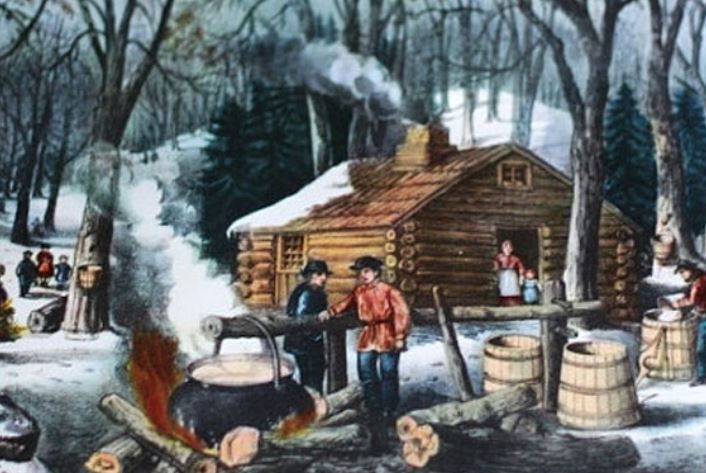 Away! Away to the maple grove! Come hither my boys and girls, thither let us rove.

Isaac Hurlburt lived not too very far down the same road I live on today. His farming round was also much like our own, except we only raised sheep and crops, and did not dairy. His April occupations centered around chopping fodder for the livestock and maple sugaring. 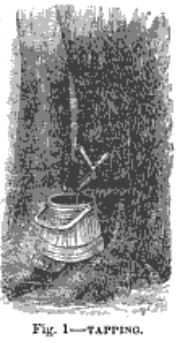 In 1862, 40,120,205 pounds of maple sugar were produced in the United States. Most of that came from New York and Vermont. The American Agriculturalist Magazine explains, much better than I can, the detailed process of maple sugaring in the 1866 February issue. See: Maple Sugar Making p. 52

“The Sugar-Camp” by Harry in Merry’s Museum 1862 p. 80 also gives and informative, but  slightly more colorful version. “The farmers and all the good folk,” says Harry, “greet with joy the approach of spring, as they find the hale old trees are sending forth their sap, leaping and flowing into every limb.”

If you want to read more about a farmer’s life, here is the complete 1862 Diary of Isaac Hurlburt, a resident of Broome County, New York.