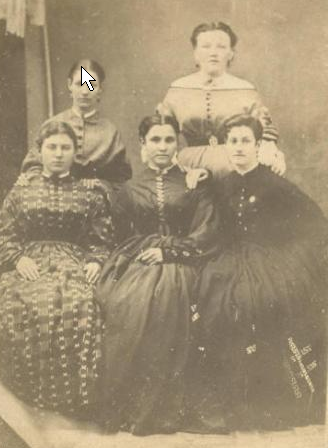 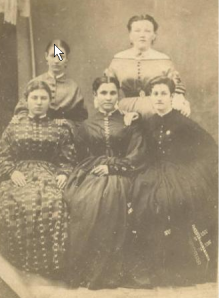 In 1860 cotton was the United States’ largest export. Produced cheaply through slave labor, the American cotton trade provided most of the world’s supply. Sixty-four percent of slaves lived on cotton plantations. While ardent abolitionists refused to buy slave-produced cotton and in 1838 established the American Free Produce Association, the boycott had little effect, probably, because the alternatives linen and wool, were not as comfortable as cotton. Wool and linen or cambric cloth was also expensive, most being imported from Europe. William Lloyd Garrison, for example, who initially supported the boycott by wearing wool, later came to believe it was ineffectual and a distraction from the cause.

During the Civil War period women’s dresses, men’s shirts, and undergarments for both sexes were made of cotton. Cotton was particularly favored for summer wear by fashionable women who wore up to 15 yards of it over their hooped skirts. So where did Northerners get their cotton from during the Civil War? The South, of course.

It seems that during the Civil War Lincoln promoted trade with the south, especially in raw cotton. He did so for several reasons. One was to keep northern weaving mills in operation. Second, Lincoln believed that many in the south sympathized with the Union and he wanted to ensure their loyalty. Third, he didn’t want the south trading the cotton that had supplied the north to England in exchange for guns and supplies.

So a brisk trade in southern cotton carried on even though the South tried to stop it by burning much of the cotton crop of 1862. Unfortunately, other than allowing northerners to continue to wear cotton, it did not have all the results Lincoln hoped for. The traders, mostly Copperheads, were soon making magnificent profits trading guns and supplies for raw cotton, despite several efforts by the government to control the trade. To learn more of the ins and outs of this trade read David Surdam’s paper Traders or Traitors: Northern Cotton Trading during the Civil War and also Civil War Cotton Conspiracy. 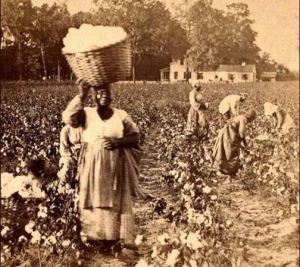 2 thoughts on “They Wore Cotton”